Welcome to the GEEPEEKAY online gallery section dedicated to the THEMED SERIES releases. Seemingly unable to stick with a consistent naming system Topps attempts to name each series with a certain theme? 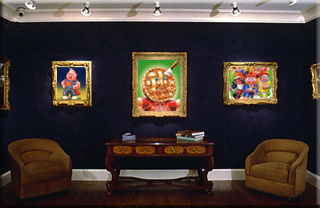 Beginning with the 30th Anniversary Series released in late 2015 Topps made it clear they had zero interest in sticking to any sort of naming convention. Gone were the 'Original', 'All New', 'Brand New', etc. Heck, even the YEARS were removed from the packagin. Unsure where to file these I have hereby created the Themed Series!

These sets not only adopted a new (non) naming convention but also a new format. Gone were the popular artwork on the card backs...gone were the 'Peel Here' arrows...gone were the diecuts. What is left when the dust settles? Some of the most massive and parallel-overdosed series ever produced.