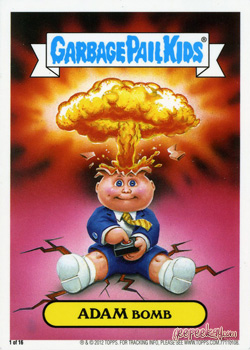 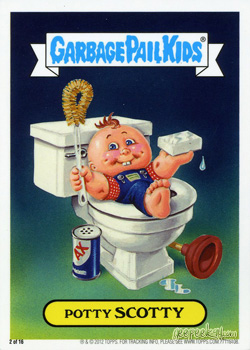 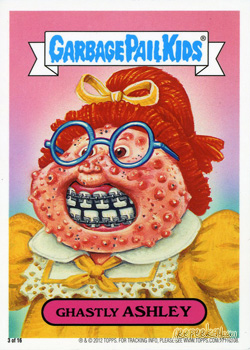 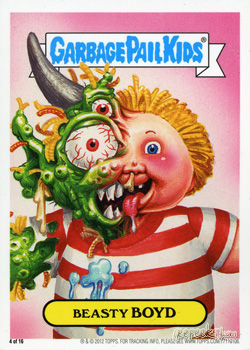 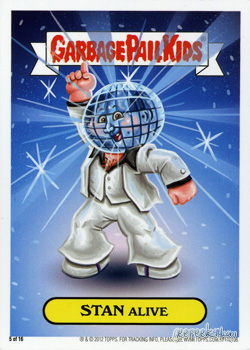 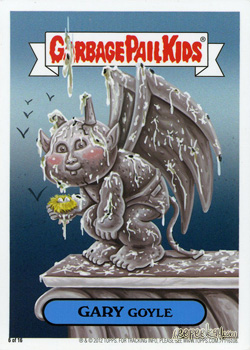 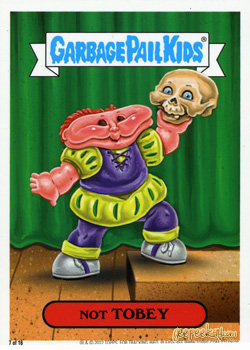 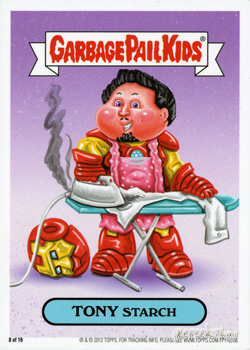 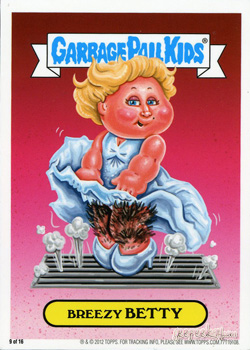 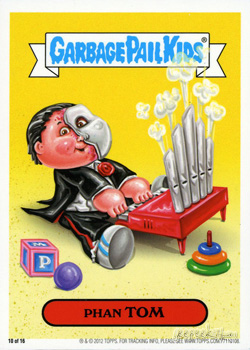 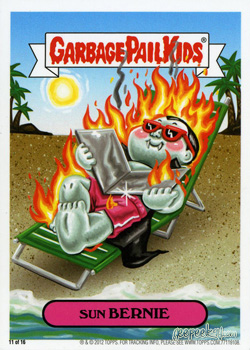 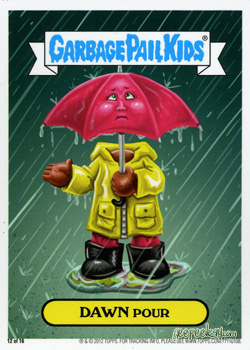 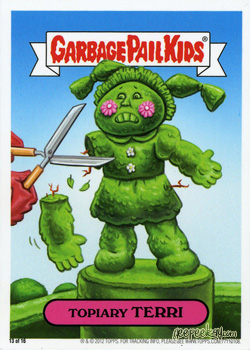 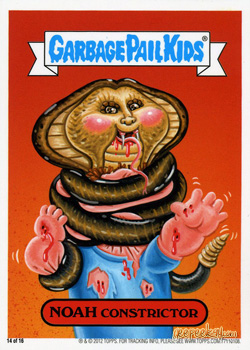 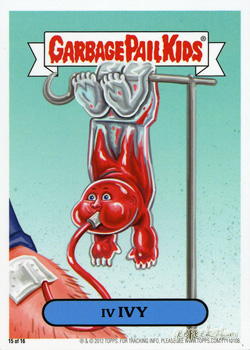 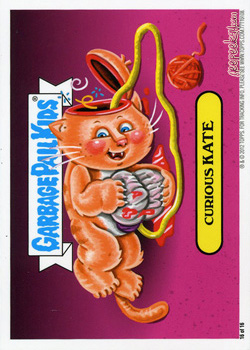 One of the most interesting and unique aspects of this release is the all new packaging style. Since this release includes gummy candy, a traditional foil pack would not suffice. Instead, Topps created a foil 'pouch' type bag to hold the magnets and candy.

The packaging features a total of four different characters on the front, and a checklist (and nutritional info) on the back. Included in each pack are four magnet cards and two pieces of gummy candy. 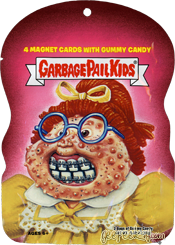 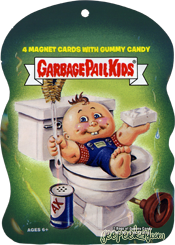 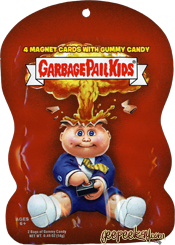 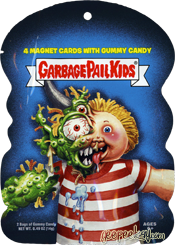 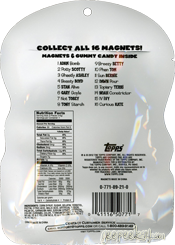 The Magnet Cards are displayed in an attractive counter-box. The box holds a total of 18 packages, and features images from the Original Series Garbage Pail Kids. Interestingly, Topps used a blue color that is very similar to the Imperial Toys GPK- themed releases of the 80's. Nice touch ;) 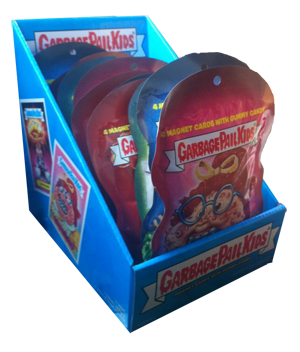 I suppose since Topps went through the trouble of including gummy candy with this release, I might as well include it here. But, to be honest, I'm not a huge fan of this part of the release.

As mentioned previously, each package comes with two gummies that are individually wrapped. The wrapper however does NOT stop the over-the-top fruity smell from eminating all over the place. There are three different gummies to eat/collect: a severed foot, a heart, and an eyeball.